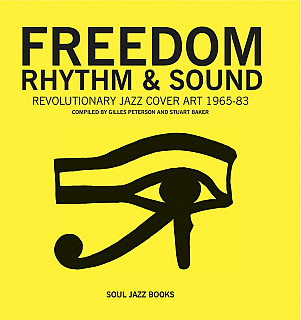 Official info:
This new edition is released to coincide with the new Soul of A Nation - Art In The Age of Black Power  exhibition at Tate Modern (and our own new album of the same name).

Many of the original record sleeves that feature in this book are currently on display at Tate Modern (on loan from co-editor Stuart Baker, Soul Jazz Records!).

Soul Jazz Records are proud to present this amazing collection of sleeves from the deepest, deepest jazz music ever - compiled by Gilles Peterson and Stuart Baker (Soul Jazz Records).

This is a unique collection of cover artwork of revolutionary jazz music between 1965-83. Martin Luther King, Malcolm X and the civil rights movement of the 1960s loom large as self-determination, economic power and musical freedom led to jazz artists finding new paths – both musical and economic.

Years before the D-I-Y cultural revolution of punk, Sun Ra, John Coltrane, Pharoah Sanders, Don Cherry, Ornette Coleman, the Art Ensemble of Chicago and others ‘took control’ of their own work by recording, releasing and distributing their own music themselves.

The record sleeves of this era are as iconic and historically unique as the music itself and a striking reflection of the time; pre-desktop publishing, pre-internet these small-run (sometimes as low as 500 copies), self-made sleeves are graphically bold and radical.

‘Freedom, Rhythm and Sound’ is the first ever collection of this fascinating goldmine of album art, which represents the first wave of inspired independent production within popular music.

‘Freedom, Rhythm and Sound’ includes a large introduction contextualising the music and artwork as well as features on many of the people involved. Alongside the musicians mentioned above these include Rashied Ali, Steve Reid, Mary Lou Williams, Horace Tapscott, Lloyd McNeil, Tribe, The Last Poets, The Pharoahs, Philip Cohran, Black Artists Group and many others. 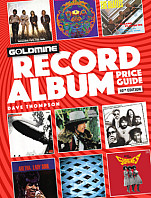 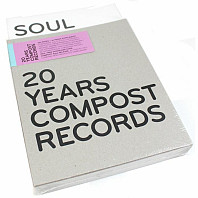